Which libertarians most agree with you?

This article has five brief sections...

Part 1: The moral case for libertarianism

Imagine that your neighbor thinks you're insufficiently charitable, or that you donate to the wrong things. He decides to fix your defect by burglarising $2,000 from you that he then distributes to people he considers needy. Is your neighbor's action moral?

Imagine that your neighbor threatens you with violence to make you eat, smoke, drink, love, or worship as he prefers. Is your neighbor's action moral?

What if a neighborhood majority agrees that it's okay to use violence to make you change how you live or how spend your money? Would that justify the aggression? What about a majority in your city, state, or country? In short...

How many people does it take to turn wrong into right?

Libertarians believe aggression against peaceful people is criminal, no matter how many voters agree to it. If it’s wrong for an individual to aggress against others, it’s also wrong for a group to do it. Factors such as group size, titles, uniforms, badges, or alleged authority, cannot justify aggression. Might does not make right, not even the might of a democratic majority. Libertarians enshrine this view in the Zero Aggression Principle…

That's the moral case for libertarianism. But what are the practical consequences? Join to learn more or continue reading…

Can you legislate morality? 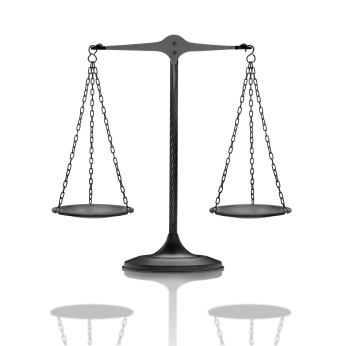 Can a conservative or a liberal also be a libertarian? 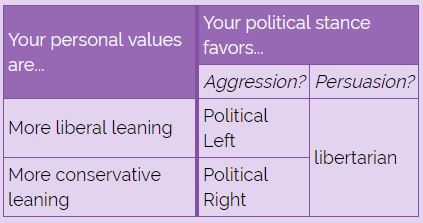 Part 2: The practical case for libertarianism

Libertarians think good results are best achieved using good means. Morality is practical, while immorality is impractical. But when it comes to politics and governance most people assume the opposite, that immoral threats of aggression are both necessary and justified. They think it’s okay to use legislation and violent law enforcement to impose their personal preferences on other people. It doesn’t matter to them that…

Libertarians view this approach as immoral, arrogant, heartless, and unpragmatic. It assumes there’s one best way to do things, when there are usually hundreds of good ways to solve problems. Plus, state-imposed “solutions” don’t have to compete with other ideas to prove they’re best. This point is crucial. Consider…

People normally think monopolies are bad. So why make an exception when it comes to state programs? Why favor monopoly government approaches that don’t have to compete, and that keep getting paid even when they do a poor job? This makes no practical sense to libertarians. It strikes us as being highly impractical. Said another way…

But is it really possible to fund government voluntarily?. It’s on this question that libertarians begin to disagree with each other. Join to learn more or continue reading…

Part 3: The ways in which libertarians disagree with each other

All libertarians share one assumption: Don’t make legislation your first response to a social problem. Search for non-violent solutions instead. Libertarians want answers that use peaceful persuasion and voluntary cooperation, NOT state aggression. If you agree, then you could be a libertarian. But what kind of libertarian? We think there are three types…

Are you a small-government libertarian? 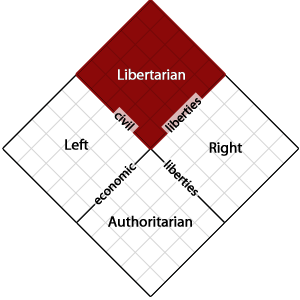 Are you a limited-state libertarian?

This version of libertarianism shrinks the Leviathan State to a minimal form. It’s sometimes called a “Night Watchman State.” Former Congressman Ron Paul is a good example of a limited-state libertarian. 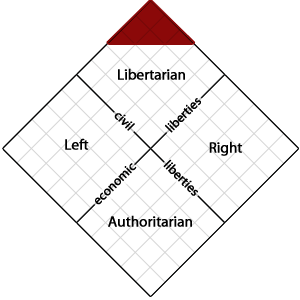 Are you a voluntaryist libertarian? 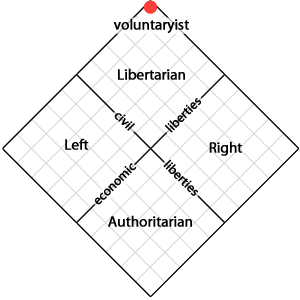 Surprisingly, the voluntaryist approach requires the elimination of almost nothing The State currently does. Only agencies that are inherently aggressive, like the DEA, would need to be abolished. All other agencies could continue to operate, provided they can find willing funders. For instance…

Is such an approach really possible? Join to learn more, or keep reading…

Part 4: The prospects for a libertarian world

Has humanity already found the best ways to organize society? Is no further progress possible? Please consider that people once thought civilization couldn’t exist without…

People even fought wars to preserve some of these things, but the result was always the same. Life got better when we dropped each of these supposedly essential practices! We think the same will be true when it comes to aggressive violence by The State. Plus…

The change we’re proposing is much simpler than those previous bouts of social evolution. We aren’t looking to impose a new concept on society. We just want to consistently apply a principle that everyone already obeys in their personal lives. That’s why we phrase the Zero Aggression Principle this way…

You don’t aggress against people personally, so you should stop doing it politically too. Applying the Zero Aggression Principle to politics and government will…

Still, change can be scary. So we’re content to go slow. We don’t need to do it all at once. We’ll support any reform that moves society in the direction of Zero Aggression. So ask yourself this…

This change of emphasis could begin a profound intellectual journey for you. Join to learn more, or continue reading…

Part 5: What the Zero Aggression Project can do for you

Our work has three parts…

If that sounds good to you, please join us.