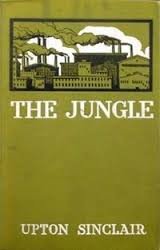 Many people believe State regulation is needed to protect us from bad business practices. I debunked this argument in How to Think About Regulation. But the belief also rests on some false history most of us learned in State schools.
Most students are taught about a famous book, The Jungle by Upton Sinclair. It supposedly shows how, once upon a time, before State regulation…

But here’s what most people don’t know…

This is your chance to learn the truth.
The Jungle was intended to dramatize working conditions, NOT food safety. In fact…
Sinclair’s fictional claims about food safety were limited to a mere 12 pages, but these pages got all the attention, leading Sinclair to later write . . .

“I aimed at the publics’ heart, and by accident I hit it in the stomach.” [citation](Source: Gabriel Kolko, The Triumph of Conservatism: A Reinterpretation of American History, 1900-1916, Chicago: Quadrangle Books, 1967, p. 103.)[/citation]

Sinclair’s novel caused a sensation. It led to Congressional investigations, even though many politicians were skeptical. For instance, here’s what President Theodore Roosevelt wrote about Sinclair in July 1906 (even though he shared Sinclair’s distrust of big business):

“I have an utter contempt for him. He is hysterical, unbalanced, and untruthful. Three-fourths of the things he said were absolute falsehoods. For some of the remainder there was only a basis of truth.”
[citation](Source: letter to William Allen White, July 31, 1906, from “The Letters of Theodore Roosevelt,” 8 vols, Cambridge: Harvard University Press, 1951-54, vol. 5, p. 340.)[/citation]

Sinclair’s fictional characters talk of workers falling into vats and being turned into “Durham’s Pure Leaf Lard,” which was then sold to the public. This was supposedly made possible by the alleged “corruption of government inspectors.” [citation](Source: The Age of the Moguls by Stewart H. Holbrook, Garden City, N.Y.: Doubleday & Company, Inc., 1953, pp. 110-111)[/citation] Yes, you see, there were government inspectors, even back in 1905. So does it really make sense that the solution to this supposed food safety problem was . . . government inspectors?

In fact, there were hundreds of inspectors. They came from all levels of government, federal, state, and local, and had been at work for more than a decade. As for their supposed corruption (and Sinclair’s other claims), a Congressional investigation found little evidence. Instead . . .
The 1906 report of the Department of Agriculture’s Bureau of Animal Husbandry refuted Sinclair’s worst charges point-by-point. The report labeled his claims…

Meanwhile, as Congress went through the time-consuming process of investigating Sinclair’s fictions, the free market was regulating the meat packing industry in its own harsh way. Meat sales plummeted.
This led the meat packing industry to lobby Congress for increased regulation!
The industry actually wanted The State to protect them from the consumer backlash by imposing regulations that would restore consumer confidence, even though new regulations were totally unneeded! The result was the passage of the Meat Inspection Act of 1906.
But this was not a triumph for the idea of State regulation. Instead, it was a victory for cronyism and corporate welfare . . .

Upton Sinclair himself actually recognized this, and opposed the law! [citation](Source: Upton Sinclair, “The Condemned-Meat Industry: A Reply to Mr. J. Ogden Armour,” Everybody’s Magazine, XIV, 1906, pp. 612-613.)[/citation] The myth of The Jungle has had a terrible impact on the American mind. It has led millions of people to believe that regulation by politicians and bureaucrats is superior to regulation by the free market forces of consumers, investors, lenders, insurance companies, and legal liability.

We hope you decide to embrace and share the information contained in this article. You can do that right now using Facebook, Twitter, and Google+.
Please also consider subscribing to our free email newsletter using the subscription form in the right-hand column. You’ll be able to follow along as we work to share the Zero Aggression Principle with all 300 million Americans (and the rest of the world too).
Please also follow us on Facebook and Twitter. Click on the  “Follow Us” buttons at the top of the page, above the banner. When you get to our Facebook page click on the “like” button and then choose “get notifications” and “add us to your interest lists.”

Thank you to Lawrence W. Reed, President of the Foundation for Economic Education. The facts used in this essay were drawn from an article he wrote for the The Freeman: “Ideas and Consequences: Of Meat and Myth.”
His article, in turn, relied heavily on the classic book by the 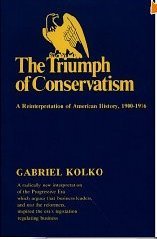 historian Gabriel Kolko, The Triumph of Conservatism.  Kolko may be a Marxist, but no one has done better work on the intersection of The State with American business.

Copyright (c) 2010 by Perry Willis. Permission to distribute this blog post for educational purposes is granted, if done with attribution to the author and the Zero Aggression Project. Permission to use for commercial purposes is denied. You can find a full explanation of our copyright policy here.