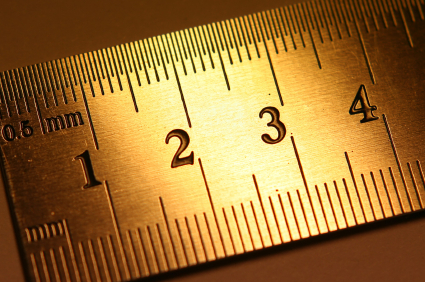 “How do I want to be treated?”
From that introspective question I gain initial insight that others have feelings. I have the ability to transport myself into the feelings of others. I can smile at their joy and cry because of their pain.
I’ve just described Empathy. Empathy is a desire within us to treat others as we want to be treated. Empathy is more than a feeling. It can be practiced, creating a feedback loop of positive reciprocity.
To be good at Empathy we use a famous principle — the Golden Rule.
It’s “golden” because it’s a nearly universal ethic, celebrated in nearly all religions and secular philosophies. It serves as a minimum, uniting principle – a common value.
Most Americans know the Golden Rule from the words of Jesus Christ: “So in everything, do to others what you would have them do to you…” And in this specific, theological setting it’s “golden” because it “…sums up the Law and the Prophets.” [Matthew 7:12 (NIV)] But the Golden Rule precedes Jesus. It can be found in the ancient writings of the Egyptians, Hebrews, and Greeks, centuries before Christ. Confucius also taught several versions of the rule.
The variety of ways it can be expressed is fascinating. I’m especially fond of two Jewish sources:

The variance between Hillel and Jesus shows that language is imperfect.

Rather than focus on the linguistic imperfections of either version, it is far better to recognize that Hillel and Jesus are both describing different aspects of the same principle.
In other words, there is no “golden” way to express the Golden Rule! Each variation captures something different. If we trade pith for precision, we can fuse the Hillel and Jesus versions…

Though words fail us, even schoolchildren can grasp the Golden Rule’s implications. On the playground, we want them to at least abide by Hillel’s version, from which we can see the striking similarity with the Zero Aggression Principle (ZAP)…

But we also try to teach our kids Empathy. We tell them to make their playmates happy. That way, others will treat them better. They’ll have more friends. Most kids learn to practice Empathy. If juveniles can do this, then why can’t we expect the same from mature adults?
Could the Golden Rule be a universal or consensus social value to which all authority is held accountable?
I believe…

True freedom – your liberty – can only exist in an empathetic atmosphere. We must see our neighbor as just like our self. Or, as William Alan White put it…

“Liberty is the only thing you can’t have unless you give it to others.”

The more you practice the Golden Rule, the freer you become.
Adam Smith understood the Golden Rule. Starting with Smith, free market economists have taught us the virtues of specialization and the division of labor. We all become far richer by serving one another!
Smith also identified that we have “moral sentiments” for each other. In other words…
You and I possess Empathy.
Say the words “self-interest” and many will hear “selfish.” Smith, however, suggested that even “ruffians” have a self-interest in the welfare of others.
We care for others. Smith said this caring springs from our imagination. We can’t possibly enter the body of another and feel what they actually feel. But we can imagine how they feel. When we do, we are prone to identify with those feelings, and we are often moved to action because of it.
We have enough experience to recognize that Smith is explaining something real in us.
Even so, we are still prone to doubt that enough other people feel like we do. Our empathetic imagination seems to fail us precisely when it comes to seeing Empathy in others. We seem inclined to believe that others are not as empathetic as we are. But science is showing us otherwise.
For example, Dr. Stephen G. Post has cataloged the profound effects of charitable giving and volunteerism. His research has shown that not only do acts of kindness benefit the recipient, but they also benefit the giver. These acts…

In addition, Paul Arnstein of Boston College found that when chronic pain sufferers volunteered to help others with similar conditions, they saw their own pain and depression levels decrease.
In other words, “Doing good deeds is good for you.”
In a national TV interview with John Stossel, Post reaffirmed that giving makes the giver feel good. But hands-on, direct service to others feels even better and lasts longer. Volunteering is better for you than writing a check.
In other words, the more you empathize, and the more you live by the Golden Rule, the better off you are. Therefore the Golden Rule is realistic, for you, even if there are some people who are not as empathetic as you are.
Further, when Golden Rule Empathy is employed, it repairs social ills far better than any coercive system of central planning does. The failures of the central-planning State, when not tragic, are the fodder of late night comedians. Thus, this Empathy is a realistic basis for a social system, especially compared to The Leviathan State.
But the Golden Rule confers a final benefit that makes it more efficient than our current political system. You can begin building relationships, even communities, with others who share your values. Communities almost always have governments of some kind. Sometimes they have presidents and treasurers. Other times they are more informally governed. But each of us can arrange for our security, happiness, and prosperity by choosing our associations carefully. In this way, we can make ourselves much freer – without the need to win a majority vote.
Politics is a confrontational model – war by other means. What if, instead, you followed the counsel of Harry Browne? “If you don’t want people to lie to you, don’t lie to them. If you don’t want people to steal from you, don’t steal from them.”
Can it be that simple? Chances are YOU don’t lie and steal. Instead, you extend courtesy and respect. You do this every day with people you love. But you also do it with strangers, right? You practice the Golden Rule, and you’re not alone.
It may prove impossible to find the perfect wording for moral principles like the Golden Rule and the Zero Aggression Principle. But we all seem to understand these ideas quite well, in spite of their linguistic flaws. They are both commonly understood and practiced, except by governments.
We hope you decide to adopt and share the concepts described in this article. You can do that right now using Facebook, Twitter, and Google+.
Please also consider subscribing to our free email newsletter using the subscription form in the right-hand column. You’ll be able to follow along as we work to share the Zero Aggression Principle with all 300 million Americans (and the rest of the world too).
Please also follow us on Facebook and Twitter. Click on the  “Follow Us” buttons at the top of the page, above the banner. When you get to our Facebook page click on the “like” button and then choose “get notifications” and “add us to your interest lists.”

———-
This article is excerpted from Jim Babka’s forthcoming book, The Golden Rule Society. Babka is the Co-Founder of the Zero Aggression Project. He’s also the President of DownsizeDC.org. Reprinting is encouraged, without editing and with proper attribution and links intact.