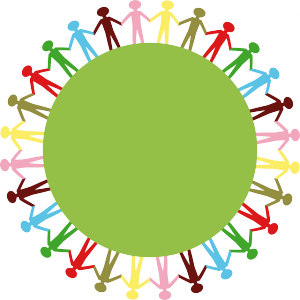 This article was originally published 1/19/16 by Students for Liberty. Jim Babka is Co-creator of the Zero Aggression Project and President of DownsizeDC.org.

A 2015 speech by Lew Rockwell is titled, “Open Borders: A Libertarian Reappraisal.” But this isn’t a new look at immigration from the libertarian perspective. It’s actually a reevaluation of libertarianism, where Rockwell decides border control matters more than the principles of liberty.

He’s not alone. An amazingly high number of libertarians switch sides when immigration is the topic. “We have a welfare state,” they cry. “These teeming hordes don’t appreciate our heritage of liberty.”

With this most recent piece, Rockwell’s upped the claim. He argues that politically unwelcome immigration violates personal property rights as understood by libertarians.

The Zero Aggression Principle (ZAP): No one has the right to initiate force against peaceful persons. Since no one has that right, no one can delegate it to their most elite neighbors – politicians.

An important corollary to the ZAP is…

The Equal Liberty Rule: Every human being is free to do what they believe is right, so long as they don’t violate the rights of others. My rights stop at the end of your nose.

Lew defends both of these concepts in other cases. But you cannot really make an exception to a principle without losing the principle itself.

Rockwell’s claim is that national borders are just extensions of private property rights.

He argues that public property (even roads) is actually owned by the taxpayers. He writes:

[I]mmigrants have access to public roads, public transportation, public buildings, and so on… and the result is artificial demographic shifts… Property owners are forced to associate and do business with individuals they might otherwise avoid.

Does a man in Cincinnati, with only the deed to his house, have the right to stop traffic in Phoenix, checking for citizenship papers? How else, other than through The State, can you assume control over property 1,000 miles away? Axiomatically, the larger the boundary you seek to protect, the bigger the “government” you’ll need.

The result of this new property rights formulation is shocking to libertarian sensibilities — people could be banned from common spaces by political majorities. An immigrant walking down a local street becomes, in Rockwell’s words, a “forced association,” even if he’s on his way to a place where he’s quite welcome.

This new, forced association principle clashes with the ZAP. To stop aliens who are walking, job seeking, purchasing, and house renting, there will be cases where someone must be prepared to shoot them. Who, amongst the libertarians, is willing to pull the first trigger?

Where do we draw the line?

Rockwell might suggest that these actions differ from immigration restriction because they violate free trade rather than free immigration. He asserts these are not the same because there isn’t a willing recipient of immigration. Leaving aside the bald anti-humanity of the idea that our worth is based on who wants to consume our services, the fact is, the immigrant has to eat and obtain shelter too. He’s going to do that by selling his services.

In fact, the demand for migrant labor is quite high. This is why, despite the nativist bent of the Republican grassroots, the country club elite that controls the GOP keeps trying to put some kind of “amnesty” plan forward. They want to hire migrant workers.

As libertarians, we should be concerned about any method of suppressing this labor market. The State, through immigration restrictions, makes it cumbersome or impossible for businessmen to hire these workers. We abhor regulation elsewhere, viewing it as a violent intrusion into a voluntary relationship. On what principle do we suddenly shift ground? Lew’s forced association doesn’t make the grade.

Most important of all, consider the following real-life example. By accident of birth, a human being was born on the other side of a line. You want to hire them to work on your property. Border control means that, if I have political power, I have the right to use violent force to terminate this relationship between consenting adults. Do you really believe that?

Even if you do, can anyone call that view “libertarian?”