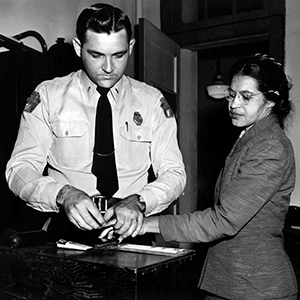 Without The State, segregation was untenable. Retweet

Martin Luther King, Jr. became a national figure in late-1955 when his colleagues chose him to lead the MIA (Montgomery Improvement Association). The MIA organized black citizens in a boycott against the city bus system after Rosa Parks, a local seamstress, was arrested for refusing to give up her bus seat to a white man.

The 13-month long boycott is a tale of post-statism.

There’s a widespread, deeply embedded assumption that discrimination was an evil eradicated by The State, and that laws are the only thing that has prevented segregation’s return. That view overlooks important things…

This article focuses on this last point in the context of the Montgomery Bus Boycott.

Even if many refuse to acknowledge this fact, The State (the entity many wrongly call government, but which actually uses criminal aggression and calls it law) is NOT the hero of the story.

In a March 1954 meeting, the WPC (Women’s Political Council) brought a list of complaints, about the bus system, to Montgomery Mayor W.A. Gayle. The list was ripe for reform, including items like…

All the WPC’s modest yet just requests were ignored. That prompted a follow-up by the WPC’s president, Jo Ann Robinson, two months later. Therein, the possibility of a boycott was raised.

More honorable to walk in dignity than ride in humiliation…

On Thursday, December 1, 1955, Rosa Parks refused to give up her seat to a white man. Her seat was in the first, black-permissible row of the bus. The event drew significant media coverage and was the main topic of discussion at church that Sunday. A one-day boycott was planned for Monday, the 5th. Black ridership fell by 90% that day. King himself was amazed, as he later wrote… 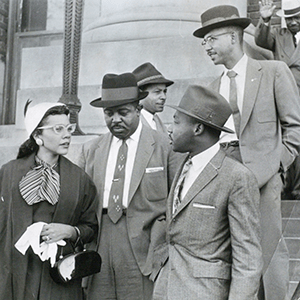 I jumped in my car and for almost an hour I cruised down every major street…I saw no more than eight Negro passengers riding the buses. I was jubilant. Instead of the 60 percent cooperation we had hoped for, it was becoming apparent that we had reached almost 100 percent. A miracle had taken place.

Before the day was over, the decision was made to extend the boycott, the MIA (Montgomery Improvement Association) was formed, and King was chosen to be the group’s first President.

The MIA had two hard-tasks:

Admittedly, some walked long distances. But that just wasn’t safe or practical for the most part. Carpools were arranged.

The MIA was a movement run through the churches. Some churches owned vehicles. Some church members owned cars that could be used too, and they volunteered to help. Churches and black-owned businesses permitted their parking lots and corners to be the gathering points for pick-ups and drop-offs. The MIA also did fundraising, outside of Alabama, gathering money to help African-American churches buy station wagons that could be used for the carpools. 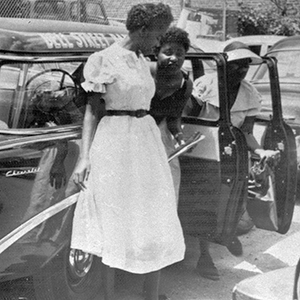 The churches were also the conduit through which the MIA circulated information to the African-American community. Each week there was a meeting that rotated from church to church. There was singing and a sermon to help inspire everyone to continue through the struggle. But the meetings were also informative. They included updates about the battle and carpooling details.

Over 40,000 people participated. The boycott lasted for 381 days. The carpool involved about 300 vehicles. Pause to consider how difficult that must’ve been to administer because what comes next takes this Herculean organizational task and turns it into a spiritually-dark nightmare.

Six vicious ways politicians tried to break the boycott, rather than reform

First, the Montgomery bus system was a legal monopoly.

In the first days of the boycott, black taxi drivers offered rides for the same price as bus fare. The city threatened them with fines. The MIA responded by organizing carpools.

Monopolies are unnatural byproducts of state cronyism. Protecting certain companies from competition and telling cab drivers what minimum price they can charge are things only The State can do. Absent The State, competition would have ended segregated busing long before.

Jo Ann Robinson, president of the WPC, would later write…

Hundreds of Black motorists were stopped, searched, questioned and given tickets for traffic violations. People who had never been accosted by policemen before were declared guilty of speeding or failing to recognize red lights, caution lights, or stop signs. I myself received 17 traffic tickets for all kinds of trumped-up charges.

King and nearly 90 other “boycott leaders” were arrested for violating that law. Only King was tried. He was quickly convicted by segregationist, Judge Eugene Carter. King was fined $500 (about $4,500 in 2018 dollars), and assessed court costs of another $500.

Montgomery business leaders and officials reached out to state-regulated insurance companies. These regulated companies canceled auto policies for vehicles engaged in the carpools. Both church-owned vehicles and those of volunteers were affected. King got an insurance salesman at his church, Theodore Alexander, to locate new policies. Clearly, Lloyds of London was beyond the reach of Alabama politicians!

Now, it’s possible that a solitary business could care about a color other than green. But when an entire industry repudiates paying clients, something more sinister is going on — high-level collusion, coordinated by The State. Why didn’t one of the insurers seize a market opportunity? After all, businesses “break ranks” all the time and take explicitly contrary positions from their competitors. Marketing to a niche is a proven business strategy. And…

Even a monopoly doesn’t want to lose its customers. As it turns out, not even the bus company wanted that. By April, 1956, Montgomery Bus Line’s president declared…

“We are simply trying to do a transportation job, no matter what the color of the rider.”

Markets work. The boycott was hitting National City Lines, the parent company of Montgomery Bus Line, in the pocket. The Montgomery bus drivers were given a new company policy, in April — stop enforcing the segregation law. This is significant for two reasons…

The City Commission threatened to arrest drivers who failed to enforce the segregation law. And the Alabama Public Service Commission informed National City Lines that there would be “consequences” if they followed-through on their new policy. Still…

Fearful these threats weren’t enough, the City also filed an injunction to block the bus company’s non-enforcement policy. The bus company resisted the injunction in court.

Sixth, came what should’ve been the death blow for the MIA carpool, an injunction.

The City of Montgomery sued the MIA for operating an illegal transportation service.

Alabama Judge Eugene Carter again rode to the rescue of his fellow-bigots. Carter issued an injunction ending the carpools on November 13, 1956. Fortunately, the Supreme Court ruled the same day that segregated, public bus systems were unconstitutional (Browder v. Gayle). But that still wasn’t quite the end of the boycott.

Instead of complying with the Supreme Court, city commissioners petitioned the court for reconsideration. The request was denied. But Mayor Gayle didn’t end the bus segregation until the reconsideration paperwork arrived, with finality, December 20. The mayor’s stalling meant that African-Americans went without a formal ride-sharing service for the final weeks of the boycott.

In a post-statist society, there’d be no such thing as an “illegal transportation service.” Under the post-statist approach — called consumer-controlled governance — NONE of these pro-segregationist acts could be carried out. No prior restraints could be placed on the free and peaceful operation of a publicly-demanded service.

What Jim Crow really is

As you look at the six statist actions described above, three things are clear…

Without the State, segregation was untenable. Voluntary action desegregated Montgomery buses. Indeed, it’s hard to imagine such ugly discrimination as a working business model in a post-statist society.