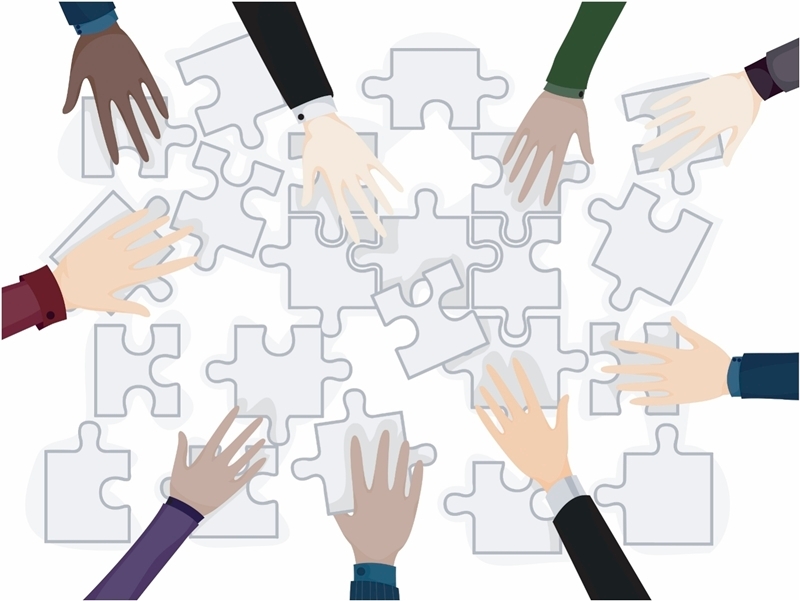 Do you know how to quickly and memorably explain “Market Solutions?” Retweet
A social problem rears its ugly head. We post-statists along with other libertarians and even (a rare and still shrinking number of) conservatives, have a ready response:

“Let the market handle it.”

It’s really a neat and tidy formulation. But our pith causes others to wonder…
Who is this Market?

Do you believe a cabal of greedy, capitalist cronies has the ideal way to solve a problem?

Unfortunately, due to abuse of the term “free market” (by political opportunists looking to cover their crimes) that’s exactly what people think we’re suggesting when we say “let the market handle it.” And, for good measure, they probably suspect you also want to “screw the poor” in social-Darwinian fashion.
But the market solution is simply an alternative to the statist scheme. You see…
Statists believe in the mythical power of experts who are free from the corruption that supposedly comes from profit. These experts will solve the problem with the blunt tool of a central, mediating state. That means, initiated force (crime) can be used to achieve just and moral ends.
But there is a better path than statist aggression. We explain that path in a concise and memorable new Mental Lever. In fact…
This the first Mental Lever in our newest collection, Machinery of a Voluntaryist Society. We’re building this collection to explain how a Voluntaryist society will work. And this new Lever is titled…
Can we let the market handle things?
The Market: Inviting choice, competition, and crowdsourcing
By Jim Babka & Perry Willis
What do libertarians mean when they say, “Let the market solve that problem?” Are they suggesting that a cabal of greedy, capitalist cronies are the ideal way to solve a problem?
The answer is “No.”
The word “market” is shorthand for an approach that features choice, competition, and crowdsourcing.
The libertarian believes a competitive process with multiple innovators will be more flexible, nimble, and creative than a solitary, politicized bureaucracy can be.
Market benefits you
Multiple innovators also means that many experiments can be tried. Plus, you only pay for the ones you like.
Furthermore, markets are much more responsive than monolithic bureaucracies. The libertarian recognizes that…

Most people don’t understand markets because they’re confused by what they are. Markets are NOT…

So let’s repeat the key idea so you don’t miss it. Markets are about choice, competition, and crowdsourcing. The market is simply society itself. Now…
Which approach do you think will do a better job addressing a social problem, markets (society) or statist monopolies (politicians and bureaucrats)?
—END of Mental Lever–