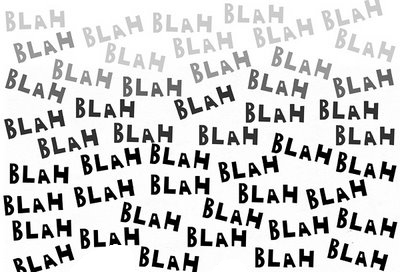 Philosophy: The art of using words to undo meaning. The Zero Aggression Principle case. RETWEET
By Jim Babka
The Zero Aggression Principle (ZAP) — Don’t aggress against persons nor delegate aggression to others — is an imperfect rule.
But it’s not flawed in any of the ways its critics contend. The critics believe (some) aggression is justified. So they cleverly pretend they can prove that the ZAP — also known as the Non-Aggression Principle (NAP) — is flawed. As you’ll see, they want you to overthink the plain meaning of the concept until the ZAP becomes too flawed to accept.
The critics make claims about the ZAP that ZAP proponents do not make.
They essentially say, “Let me redefine your principle for you because you don’t really understand what you mean by it.” This is presumptive to the point of rudeness.
Inevitably, their objections to the ZAP are based (in part or in whole) on these two flawed assumptions…

It’s never a news flash to the ZAP advocate that there are bad people who do bad things!
How else would The State exist?
After calling you a naive pacifist, it’s not uncommon for the critic to offer “helpful” advice. Change your terminology, tweak your definition, and then your argument will fare better. But please realize…
Renaming the concept won’t satisfy the critics.
It’s virtually impossible to provide a label for any concept and expect it to explain everything contained in it. With a bit of effort, you can usually over-analyze and cause the intended definition to fail. Philosophers are often just cunning linguists.
The purveyors of these word-play theories pretend they’re being insightful. They might even get some “ooh’s and ahh’s” from others. But the resulting analysis is clever-by-half. Observe…
Some philosophers argue that the Golden Rule is severely flawed. They pick it apart through hyper-literal reading, as follows….

But this is a “clever-by-half” objection. Even a child gets the basic intent of the Golden Rule. Moreover, masochists would soon arrive to (rightly) defend their honor. They know that…

Alas, philosophers are linguistic sadists. They torture language until we’re at a loss for words. Perhaps that’s because…
They don’t want the idea, represented by those words, to have any force.
Please understand this key point, words are mere approximations of the thing itself — not the actual thing. Language is like a map, and the map is not the territory. You cannot estimate how long it will take to get from one place to another by laying a map on the floor and walking upon it. Likewise, a brief definition isn’t going to fully and literally explain all elements of a concept like the Golden Rule or the ZAP. Mere words cannot bear that weight. Nor is a full and literal definition necessary for an idea to be understood.
Here is what I, a ZAP advocate, want you to grasp when someone attempts to overcomplicate this standard…
Aggression is never justified as a means for solving a social problem.
My ability to defend that claim depends on how we define the three key words…

Principle
Principle is thesaurically like guideline, rule, or heuristic — only stronger. When someone says, “These are my principles,” they mean, “These are the primary or most important values I hold.” So when a ZAP advocate calls it a principle, they want to be understood as saying, “This is my doctrine or standard.” More precisely, by using the word “principle,” they’re saying…
“When presented with a social problem, the ZAP is the first standard I’ll apply.”
Zero
Zero (or “non”) is a necessary modifier to the word aggression. We wouldn’t necessarily know what was being recommended by an “aggression principle.” But zero (or “non”) is not, in this instance, a word of precise conclusion. Rather, it has these two features:

Aggression
The word aggression in the ZAP means excessive force. Force or violence can be excessive when…

Legislators frequently produce “laws” that threaten otherwise peaceful persons with violence for non-compliance. The agents who enforce those laws can escalate that violence to the point of death for something as minor as a broken taillight or an unpaid tax. This excessive use of force is clearly aggression.
Those actions cannot be justified. Aggression is never “just.” But consider respectively, some things that are not aggression…

There are tons of hairsplitting opportunities in the points just made, but only linguistic sadists (word torturers) will seize upon them. Perry Willis addresses some of these details in his article Why criminal law enforcement does not violate the Zero Aggression Principle.
But linguistic analysis includes context. And the ZAP tends to come up in a specific context — the realm of government action. Statists think little or nothing about rushing to impose taxes and regulations on non-consenting people in order to achieve some good intention. ZAP advocates have a more just standard. We think 99% of social problems would be better handled by first applying the ZAP, instead of the typical and tired statism politicians deliver instead. And a tool that works that often is surely beneficial for building civilization.
———-
This article, by Jim Babka, may be an excellent piece to share with a libertarian friend.
And if you’re the friend who was referred to this article, please look for the gold box (on this page), and fill-in the subscription form so you can get all of our new content, as it’s released. Note: We will send you a confirmation message to complete your subscription.