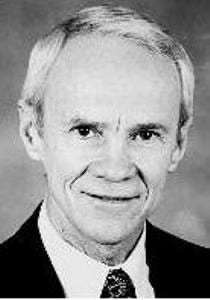 I am deeply saddened to learn of the death of David Bergland, who passed away on June 3, the day before his 84th birthday.

David will be remembered most for two extraordinary achievements. He was…

But these were just two highlights in a life dedicated to liberty. David was an activist’s activist — principled, knowledgeable, and ready to pitch in and help with anything he felt would advance the libertarian cause.

He ran for office several times in the party’s early years. Prior to his presidential bid, he was the 1976 Libertarian candidate for vice president, running with LP presidential candidate Roger MacBride.

He was also a major figure in the internal building and growth of the Libertarian Party. He served a total of 12 years on the Libertarian Party’s National Committee, including three terms as chair. He was co-chair of Harry Browne’s 1996 presidential campaign. Through speaking, leading meetings, and ongoing participation in so many ways large and small he greatly contributed to the growth of the LP and the spread of libertarian ideas.

This made him a natural fit with the Advocates for Self-Government since effective communication and outreach was the primary focus of the Advocates. David helped Advocates founder Marshall Fritz develop the Advocates’ first Liberty Communicator Course, and he joined Marshall in sharing this material with libertarians around the country.

As a student of psychology, David was the first person to introduce libertarians to the power of the Myers-Briggs Personality Test and how the insights it conveys can help libertarians successfully share our ideas with everyone. This, too, became a significant part of the outreach toolkit of the Advocates.

In 2004 I asked David to consider doing an updated and revised edition of his classic Libertarianism in One Lesson. He was excited about the project and worked with Advocates editors James W. Harris and Bill Winter to make it happen. We proudly published this new edition in 2005.

Over the years, David continued to be an enthusiastic friend and supporter of the Advocates – answering legal questions, speaking at Advocates events, and contributing ideas and insights.

He also supported Downsize DC, serving as chair of the board of directors for its founding organization, the American Liberty Foundation.

From 1970-1993 Bergland was a business attorney in private practice as well as an adjunct professor of law at Western State University College of Law in Fullerton, California and Irvine, California.

He was also a student and instructor of self-defense and martial arts. Indeed, he was probably the most physically fit libertarian ever, still kickboxing in his 80s.

He is survived by his beloved wife Sharon Ayres – herself a major libertarian activist who served as vice chair of the Libertarian Party from 1985-1987. They were married for 35 years, and he clearly adored her: in the dedication to Libertarianism in One Lesson, he calls her “in every way the best human being I have ever known.”

David Bergland played a major role in building today’s libertarian movement. He will be missed by so many people he educated and inspired during his decades of work for liberty.

After his death, his granddaughter Diane Nicole Clifford posted on Facebook this quote from her grandfather:

“Libertarianism is what you probably already believe: Libertarian values are American values. Libertarianism is America’s heritage of liberty, patriotism and honest work to build a future for your family. It’s the idea that being free and independent is a great way to live. That each of us is a unique individual, with great potential. That you own yourself, and that you have the right to decide what’s best for you. Americans of all races and creeds built a great and prosperous country with these libertarian ideals. Let’s use them to build America’s future.”

I personally loved his great dry sense of humor, and I will miss our chats about the state of the world and the need for us to fix it.

Sharon Harris was the President of the Advocates for Self-Government from 1995 to 2015. She’s the author of How to Be a Super Communicator for Liberty.

The second libertarian book I ever read was a study guide by Virgil Swearingen (who passed in November) that accompanied David Bergland’s Libertarianism In One Lesson. So David was there at the start for me.

David was the first board chair of the American Liberty Foundation, a predecessor to Downsize DC and the Zero Aggression Project. When I became president, he was quite helpful and supportive. He was a master of direct communication. He deftly handled a sticky problem we had with four well-placed words!

Indeed, he never stopped being a donor and a fan. And a note of encouragement from David made me feel I was on track and doing something vital.

Reading my father’s copy of David Bergland’s, “Libertarianism in One Lesson” one summer was when I discovered that I was a Libertarian and I’ve never been anything else since. His passion for the cause, plain talk, and sense of humor was an inspiration for my campaign to hold the position he once did, Chairman of the Libertarian Party.

In 2017, I had the chance to meet David Bergland in person and chat. We shared a laugh about a favorite quote attributed to him, running for office and attending a fundraiser. Someone told him, “I want you to know that in my heart, I’m a Libertarian.” He reportedly replied, “That’s great. Let me know when it gets down to your balls.”

Let us take his combination of wisdom, wit, and yes, balls as an example as we work toward the vision of a world set free in our lifetime that he will not be here to enjoy. Godspeed David Bergland, may your memory be eternal.

David was the most steady human being I ever knew. Nothing shook him. He was always ready, willing, and able. I have stories to tell, but too much emotion to share them now. So I’ll just say this for the moment, leaving the rest for another day. I loved him. I will miss him.

One day, while he was campaigning on a talk radio show, a woman called in and said, “Mr. Bergland, you’re running for President of the United States, and are you seriously calling for legalizing drugs, ending minimum wage, legalizing gay marriage, isolating us from foreign countries, withdrawing our country from the U.N., ending the federal income tax, privatizing Social Security, replacing public schools with private schools, and cutting the federal budget by two-thirds? Welll?!!!!?”

“Does this mean that you’re not voting for me?” David joked… followed by long seconds of radio silence.

The woman busted out laughing…and said, “Well, I didn’t say that!”

Then they had a warm and lively conversation.

That was the wit and wisdom of David Bergland. He was a true libertarian original. And an unforgettable friend.

David was my first-ever contact with the Libertarian Party in 1976 right after his run for Vice President, and living in Orange County, California as we both did, we developed a friendship. It extended through his campaigns in California for State Senate (1978), United States Senate (1980) and President (1984) and during the decades that followed. I feel fortunate that he was the first libertarian I encountered because he was as principled as they come and a solid mentor in those early years, and he served as a sounding board for me throughout my years of LP activism that followed. His contributions to the growth of the Libertarian Party and to the advancement of the libertarian movement in general were huge. We owe him a great debt of gratitude. He will be missed.

David Bergland was a Founding Father of the modern libertarian movement. It was an honor and pleasure working with him on various Advocates for Self-Government projects, most notably the updating of his classic book Libertarianism In One Lesson, which the Advocates published in 2005. He took the ideas of liberty — economic freedom, civil liberties, and peace — to millions of Americans in an uncompromising yet persuasive manner, and taught countless other libertarians to do the same.

James W. Harris
former Director of Publications at the Advocates for Self-Government
co-author of How to Be a Super Communicator for Liberty
—

I was saddened to hear that David Bergland passed on Monday. He was a long time Libertarian champion for freedom, and he was a gentleman in the good old-fashioned sense of the word. He was also kind and helpful to Harry and me throughout Harry’s 1996 & 2000 Libertarian campaigns for President of the United States. I remember that early on in Harry’s 1996 campaign he and his wife, Sharon Ayres, gave us tips on what to expect on the campaign trail. One tip was to make sure one day a week was scheduled for rest and recuperation. Shortly thereafter Sharon became Harry’s campaign manager and she tried her best to make that happen, but before long the campaign took over all our lives. One Christmas during one of the campaigns they gave us a beautiful handmade mouth-blown glass holiday ornament – a Statue of Liberty. It remains a cherished keepsake and remembrance of the time we spent with Sharon and David. May he rest in peace.

I really got to know David during his 1984 presidential run. Driving him around Indiana for a week of campaign stops, I saw first-hand how masterful he was at communicating libertarian ideas one-on-one, especially with the media.

David taught a generation of libertarians how to focus first on shared values before showing how libertarian policies would best achieve what people really want. He showed libertarian candidates how to craft effective 30-second answers and get the media to feature the sound bite you wanted them to.

David synthesized hard-core libertarian principles with effective communication of a positive solution-oriented libertarian message. His legacy is needed today more than ever before.

David was a wonderful and decent man of principled politics and nobility of character.

David Bergland’s legacy of activism will long be remembered.

David Bergland was Co-Chair of our 1996 Libertarian Party Presidential Campaign with Harry Browne as the Presidential candidate, and me as the VP candidate. Because of the steady leadership that David provided, Harry Browne and I were able to more than double the size of the Libertarian Party – taking us from slightly over 10,000 dues-paying members to over 22,000 dues-paying members! David Bergland was a large part of this success. He made a big difference in our Libertarian Party, and I will miss him enormously.