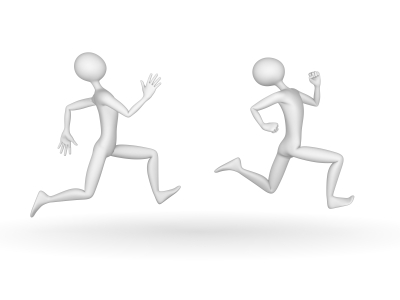 The issue that discovers libertarians and chases others away Retweet

We were cussed at and called derogatory names. Our character was questioned. Our motives were attacked. They called us “social justice warriors,” “Obama lovers,” and “communists.” We were instructed to move to North Korea or Mexico since we “love it so much.” This happened in the comments section on our blog and far more on our Facebook page. But…

You can see some but not all of these posts because we have a commenting policy. We welcome articulate, fact-based disagreement, but not trolling, superfluous profanity, and name-calling. In our comments areas, we want a respectful atmosphere that encourages thought, not the typical political ugliness. Some of the responses were so horribly rude or even RACIST that they were “hidden” or deleted.

And we lost 74 NET subscribers to this newsletter.

This response was provoked by the article No Border Can Keep Out a Desirable Resident. That editorial quickly explains the moral and constitutional difference between a resident and citizen, and why the residency of other human beings is no one else’s business.

So why do we talk about immigration if it loses us subscribers?

35 years ago, libertarians alone were doing yeoman’s work on the Drug War. They were mocked and reviled. Yet…

If libertarians had gone soft, if they backed-off, would those things have happened?

Today, sticking with principle on the drug issue seems obvious. But Perry and I have been in the movement for a combined 57 years. We both remember, quite well, the voices who said we needed to “moderate” and virtually cover-up our stance on drugs and the drug war. They claimed that was the only way libertarians could move to the mainstream.

The results disprove the “hide your principles approach.” When you plant your flag, the people you’re looking for repair to it. You find your people by being the principled group they’ve been seeking.

Here’s the point: Libertarians get it! They easily understand issues like drug prohibition and immigration because they’re better read and deeper thinkers. They’re also far more empathetic than ideological left and right statists.

We want to find these wise people. Indeed, we WELCOME the new subscribers who are getting their first edition of this newsletter! And as Perry Willis has explained, we believe there are about 64 million Americans prone to be libertarians. So, we’ll fly the flag to help them find the libertarian and voluntaryist movement.

Social proof is often the most persuasive argument. Most people need several friends who hold the correct view, before they will declare their support for it too. So…

Consider immigration a litmus test. It finds the right people — the kind who stand up and declare the emperor has no clothes.

Yes, it also weeds out the people who don’t really believe in liberty and human flourishing. They might like our general direction, but they’re not committed to logical consistency, let alone zero aggression.

This approach isn’t easy. Few things worth achieving are easy. That’s why we need people of principle to join us. And now is the right time…

This might be, for you, the last year you must itemize deductions, now that we have tax reform. But if you do itemize, then your contribution to us will be tax-deductible, if you get it in the mail postmarked by December 31 or submitted online by 11:59 PM that day.

You can mail a check. You can make your donation using a major credit card or PayPal. Details are available on our secure contribution form.

Please join us in discovering thoughtful, empathetic people in 2018.