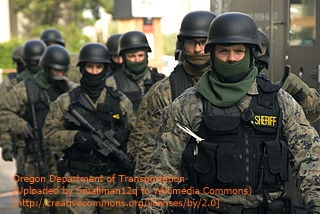 Statism is a losing argument, if libertarians know how to argue. Retweet
Who would have thought it possible? …an economic discussion can actually be about violence?
Most libertarians assume that economic conversations have to rely on abstract concepts like the “free market” and the “law of supply and demand,” or Hayek’s “local knowledge problem,” or Milton Friedman’s “permanent income hypothesis,” or Mises’ “economic calculation problem.”
Who knew that, instead, you could make powerful economic points by talking about how The State points guns at people? Well…
That’s exactly what I did in my previous article “How non-violent prices foster economic equality.”
I didn’t talk about “free market prices.” Yes, I did mention supply and demand, in passing. But my focus was on something else.
Violent prices vs. non-violent prices.
Who even knew that prices could be either violent or nonviolent? But they can be. And this insight can make a huge difference in how people think.

This approach can be extended to any issue. There is…

This approach is important because it accomplishes several things at once. You…

Please notice how I did this in my last article. I was able to show how…

This effectively cross-dresses a libertarian argument for left-statist ears. Left-statists like to believe they’re advocates of peace and economic equality. Showing them how they’re really advocates for violence and economic disparity…

These are major strategic objectives for us, and they should be for you too. We want to…

Nothing can achieve these goals as well as exposing the violence-based nature of everything statists advocate. We must show statists that…

Please understand…
We don’t have to talk about the moral and the practical as separate things.
We can talk about both things at the same time, and show how the moral and the practical are intimately related. Violence-based policies are immoral, AND they lead to bad outcomes, such as increasing economic disparities. Go forth and argue thusly.
Perry Willis
Co-creator of the Zero Aggression Project