Jim Babka and I are those idiots. 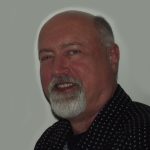 Jim and I have written a document called The Plan: How to create a libertarian America in as a little as ten years using resources that already exist.

That title probably strikes you as another bit of insanity. What resources could we possibly be talking about that…

But there are a few problems…

We’ll start solving both problems in 2019. We will begin…

The Plan describes how that will be done, and what the people we activate will do to create a libertarian America in the next ten years. You’ll begin seeing The Plan after New Year’s day. 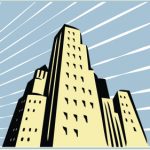 But you may wonder… Are the 30-60 million libertarians the same kind of libertarian you are? No. We think they break down into three broad categories… 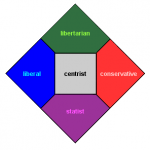 Limited-state libertarians think The State and tax-funding should be limited to police, courts, and national defense. We think there are millions of these people.

Voluntaryists believe all governmental functions can be better provided without a State or taxation. This type probably numbers in the tens of thousands.

So the question is…

How do we make the 30-60 million libertarians be more like YOU!

That’s what Jim and I are proposing to do. First, we’ll find out who and where all the libertarians are (the discovery phase), and then we’ll start trying to persuade them to do two things…

We’ve developed some powerful new tools to achieve this purpose!

You’ll see a new Zero Aggression Project website in January! It will…

We hope to have your continued participation and increased support in the year ahead. Can you get 2019 off to a great start by making a year-end contribution, or starting or increasing a monthly pledge? Your donations are tax deductible, and midnight December 31st is your last chance to get such a deduction for 2018. We’ll use your money to…