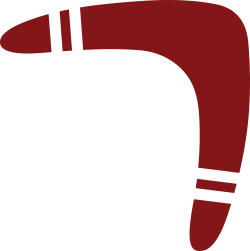 Next
Mental
Lever
Some statist policies have a boomerang effect

When Milton Friedman told the following joke, he was highlighting an important point…

If you put the federal government in charge of the Sahara Desert, in 5 years there’d be a shortage of sand.

You can pretend that politicians will fix a problem with their next law. You can make believe that the next regulation, emanating from unelected bureaucrats, will make matters better. But…

You’re just as likely to be wrong. It probably won’t work. One frequent outcome of a new policy is…

The Boomerang Effect – The unintended side-effect of a new law or regulation is that it makes the problem worse.

The Boomerang Effect is almost automatic in prohibition schemes.

Therefore, before passing the next law or enacting the next regulation, especially if it’s a prohibition, we should ask…

How similar is this new proposal to other schemes that “boomeranged” back on us?

Does this way of thinking intrigue you? Want to learn more or participate in creating such a society? Then join the Zero Aggression Project…