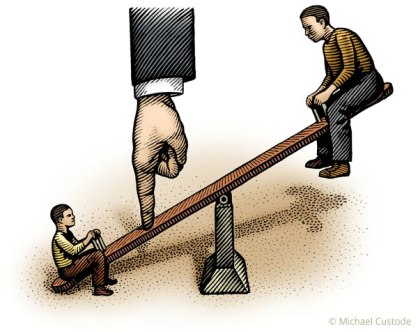 Is there a Golden Rule of Ideas? Retweet

We’re going to deliver to you five new Mental Levers over the next two weeks, plus one updated Lever.

The last Mental Lever of this new set will explain the most overlooked strategic need for libertarian victory.

That Lever is coming next week, and we don’t want you to miss it.

A recent study pointed out that the libertarians were more intellectual than left and right statists. Libertarians think! Indeed…

We libertarians engage in higher-level, abstract reasoning. Our Mental Levers collections are evidence of this.

Libertarians don’t blow with the winds of current fashion. We stick to our moral principles, logic, and the evidence of history. We’re not intimidated by or hysterical about every new crisis.

One big reason we’re able to do this, as explained in today’s NEW Mental Lever, is that we apply…

The Golden Rule of Ideas

People intellectually blind themselves. They fail to analyze ideas with empathy and fairness. They don’t use actual rigor to test their own beliefs.

And yes, give yourself a pat on the back if you use empathy, fairness, and rigor. Regardless of whether or not people arrive at libertarian conclusions, more human beings should apply the Golden Rule of Ideas when debating. If they did, the rancor of today’s politics would recede. Competing ideas could be calmly discussed.

Do you analyze competing concepts fairly?
Or do you apply a double-standard to ideas?
Learn about The Golden Rule of Ideas

Then, share the Golden Rule of Ideas with others by…

Link to it, when appropriate, in your online discussions.