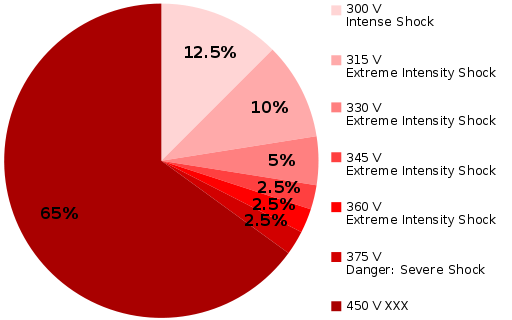 Politicians profit from a mythology proven wrong by science. Retweet
We’re about to name the biggest myth of all — the idea that someone must have coercive control over society. Nearly everyone believe this idea, but it’s wrong.
There are many ways we can know it’s wrong, if we simply think about it…
Who is in control of the language we speak — English? Who designed it? The answer is no one.
Who decides how much food should be imported to your city each week? The answer is no one. Those decisions are made by many people in a decentralized way, without coercion or coordination. In fact, all attempts to direct food distribution in a centralized and coerced way have resulted in mass starvation (see the Soviet Union, Mao’s China, and now Venezuela).
We must help people to see this truth — society needs no overall ruler in order to work. The evidence is all around us. But two bits of evidence are especially compelling. They show us that…

This evidence comes from two of the most famous and compelling scientific experiments ever conducted. Can you name them? Can you explain what they mean? Our new Mental Lever does that. Please check it out…
Should anyone have coercive authority over others?
By Perry Willis and Jim Babka
We’re looking to build a “libertarian society.” The first stage of our plan is to locate 100,000 libertarians to help us spread the Zero Aggression message to a much wider audience. In our most recent count, the new Zero Aggression Project has 1,760 (+677) engaging with this material. You can help increase this number and have a large marginal impact in this launching stage simply by…